The Top 10 Causes of Pharmacist Fraud

The Pharmacist was the most trusted profession until that trust was tarnished by fraudulent practices. Let’s examine the top 10 causes of pharmacist fraud!

Pharmacists were the most trusted profession for the longest time. Nurses have taken over the position in recent times, and pharmacists are now in fourth place behind military officers and teachers. Some might argue that this is just a natural cycle and not much has changed. However, a German pharmacist was recently sentenced to 12 years in jail for potentially killing patients when he diluted chemotherapy. He was accused of 14,500 counts of violation of drug laws and 59 counts of fraud. Within this past month, a former Indiana Walmart pharmacist was also accused of fraud. This is becoming a concerning pattern.

Here are the top 10 causes of fraud, and how they apply to pharmacists.

1. Billing for services not rendered

Pharmacists who do medication therapy management, and don’t provide advice but instead bill the government anyway may be deemed to be billing for services not rendered. Alternatively, it might include a pharmacist who provides one medication but dispenses another product.

This often must be more than a single instance of recording the wrong date. However, a pattern or records showing a consistent practice of changing dates so that a treatment is covered may be deemed to be misrepresenting dates of service.

In some cases, a pharmacist may have medications at one pharmacy, but a patient may have pickup at another location. For ease of billing, the pharmacist may bill at the location where the medication was not provided. A consistent pattern of doing this could be problematic.

In a situation where a pharmacist is working with a nurse practitioner, a pharmacist may determine that the nurse has insufficiently captured the value of the services she rendered. As a result, the pharmacist may inappropriately bill to cover the shortfall in value provided. This would be deemed to be fraudulent.

5 Waiving of deductibles and co-payments

Pharmacists typically think of copayments as barriers in providing service to patients. In their desire to help the patient, the pharmacist may waive the copay requirements. This would be deemed fraudulent, and pharmacists could face potential jail time.

6. Incorrect reporting or diagnosis of procedures

This is primarily targeted at providers who bill for a higher service like a physician who bills for a more lucrative diagnosis instead of a lower diagnosis. On the other hand, some medications are reimbursed at one rate for one diagnosis, but at a higher rate for another. Pharmacists who misbill to obtain higher diagnosis reimbursement may be subject to fraud proceedings.

Billing for the same product twice, suggesting that it was caused due to early refills could also be deemed to be a problem if it represents a pattern.

Kickbacks and bribery and a common problem. One example could be where a pharmacist goes to a doctor and says, “For every 15 prescriptions you send to me, I’ll make sure you get $100 in return.” In theory, it’s a win-win scenario. The doctor is happy, the patient gets their medication, and the pharmacist is happy. Although it appears to be a good thing, the scenario is one that provides an incentive to the physician to overprescribe. At the end of the day, the government ends up paying for medications the patient may not actually need, but the true victim is the patient. The incentive to over-prescribe can potentially lead to medications not being disposed of properly (if at all) and patient overdose.

A pharmacist may often be called on to provide advice that takes time and effort and may pull them away from billable services. For example, a pharmacist who normally assists a particular patient on over-the-counter interactions might be asked by that patient for a cheaper product and clarification on the appropriate use of nutraceuticals. Even though no product was provided to the patient, pharmacists who feel that the time rendering this service should be reimbursed may consider billing the patient’s insurance for a product. Although a valuable service was provided,  this would be deemed to be a fraudulent transaction.

The two most common themes I see in fraudulent cases that keep appearing in the spotlight are:

We know that the US Attorney’s Office, states and even cities are working with the Office of Inspector General and looking deeper into the issue of the inappropriate use and sale of opioids. We know that the government is monitoring anyone providers who deal with opioids. Pharmacists are the last point before opioids are given out. Inappropriate dispensing of opioids by pharmacists may render them subject to liability and criminal penalties and has exposed many pharmacists to problems in the last several months.

Marketing as a pharmacist is totally okay. Here’s the rub: Marketers are trying to build relationships, and sometimes may go overboard because they don’t know what they don’t know. Marketers in the pharmacy industry have been known to believe that building a relationship to sell a product or service is critical. However, an inappropriate relationship, which may involve kickbacks and the like, may expose not only the pharmacist but also the marketer to civil and criminal penalties.

I host a podcast called Gavel and Pestle, a show dedicated to the fusion of law and pharmacy. You can listen to it here or search for the Pharmacy Podcast Network wherever you listen to your favorite podcasts. 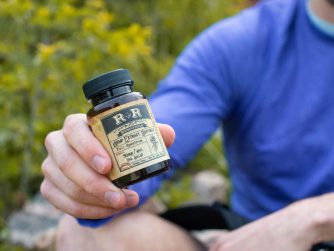 2019 Pharmacy Fraud: Issues You Should Know About

The consequences of committing pharmacy fraud are often costly. How can pharmaceutical companies navigate various state and federal laws...

The Pharmacist was the most trusted profession until that trust was tarnished by fraudulent practices. In this podcast, we discuss those...

The Top 10 Causes of Pharmacist Fraud
×