Darshan: Welcome to another episode of Darshan Talks. This one’s really exciting, because I get to talk about something I’m really passionate about, this idea of patient centricity. And what I really think is interesting is, 2019, in many ways, has been the year of the patient. And the reason I don’t like saying things like, “The year of the patient,” is that implies that, well, it’s done, we can move on now. And that’s not really it. I guess a better way to phrase that would be, starting the year of the patient. People have been talking about it for decades at this point, but you could see some real solid measures starting to come into place, and I don’t necessarily mean this at a conceptual level, but at a regulatory level. At a level of people actually taking steps.

Narrator: This is the Darshan Talks Podcast. Regulatory guy, irregular podcast, with host Darshan Kulkarni. You can find the show on Twitter @DarshanTalks or the show’s website at DarshanTalks.com.

Darshan: As we talk about patient centricity, it’s important to recognize that, if you are a company that’s taking steps in transparency, you need to look at these other three arms to understand how they all work together, otherwise what you really end up with is significant blind spots that may affect the other efforts you’re making.

Darshan: Let’s talk about the innovation arm. What’s happened in 2019 that may change things? More specifically, as drug prices have been soaring, patient advocates and lawmakers, et cetera, have pushed the federal government. And what they’re saying is, they want the right to suspend a drug maker’s patent and license someone else to produce the drug.

Darshan: So an example of that is what’s called the Bayh–Dole Act. And the question is, is this generally possible? Most IP experts disagree on exactly how applicable it is, and there are some shall we say, varying opinions on this. The Trump administration hopes to clarify this. But if I was a patient, I’m not sure killing innovation is necessarily the direction to want to go. Having said that, innovation at the price of access is not really what you want to do either. So those are two different pieces of the same pie.

Darshan: We can then talk about privacy and what happened in 2019. Everyone knows that GDPR came into effect in 2018. Companies have been dealing with it, but the ramifications really came into effect… 2018 was more of an awareness process. People are like, “Oh, okay, I have to follow GDPR.”

Darshan: In 2019, companies are still dealing with, “What is GDPR and does it apply to me?” And it’s primarily, and especially interesting, in the context of life sciences companies. I’ve heard rumors of CROs telling sponsor companies that they don’t want to engage in clinical research in the European Union because it’s simply unclear what people’s requirements are. And even the US secretary of commerce says that GDPR creates serious and unclear legal obligations for both private and public sector entities, including the US government, and it’s unclear what’s required to comply. And this obviously has implications on medical research. And I’m paraphrasing what he said.

Darshan: And obviously, what adds to this whole process is GDPR obviously is pretty onerous and the penalties are significant. However, because of exactly this, the different states and the different countries… The member states and different countries can take the own version, if you will, of GDPR, which sounds like a good thing except that means that there are 20-something odd variants of GDPR that are applicable, in which case you really need to just follow the most stringent version anyways, which is problematic.

Darshan: Well, a lot of companies are saying, “Well, I’m not a European company. That’s great news from a privacy perspective. I’m good.” Except California came out and said that we have our own version of GDPR, which is CCPA. And CCPA applies to companies with annual gross revenues over 25 million who buy or receive for commercial purposes personal information of 50,000 or more consumers, households, or devices, with exceptions including information for HIPAA, CMIA, et cetera.

Darshan: That’s kind of interesting to have someone playing a… Sorry about that. What is interesting to recognize is, with something like a CCPA coming into play, it is important as a company to have a quality process in place and a compliance process in place to catch and ensure people’s privacy. There are exceptions, like I said, for HIPAA and the like, but it’s not as broad as you may think.

Darshan: For example, if you’re collecting information that is not consistent with HIPAA, that may be problematic. So it really protects people like hospitals. But if you’re a pharma company, is the information you’ve collected necessarily subject to HIPAA? It may not be. So be careful with what you have.

Darshan: Again, there are different states that are doing their own version. You’ve got Illinois, Nevada, New York, Oregon, Texas, Washington, all of which have their own version of the CCPA.

Darshan: And they even put out one example of that. I believe it was CSL Behring, and you’d have to double check me. You’ve got Ukraine that actually put out information and said that they want their own version of transparency as well, and they’re actually going to go beyond just clinical data and they want preclinical data, so that’s going to be interesting as well.

Darshan: What makes it even more interesting is that the FDA did a pilot program in 2018, and they wanted their own version of clinical trial transparency. The problem with that was they did their own initial pilot program and then in 2019, they came out and said, “Our pilot’s done. We think that there’s been information we want. We’d love your opinions. However, we want to take an additional step and we want to see if there are better ways to do this.”

Darshan: So we’ve talked about privacy, transparency, innovation, and then comes access. And in December, 2019, HHS put out a proposal at letting states import cheaper prescription drugs from Canada using two primary pathways. One is, states can submit proposals to the FDA for authorization to import, and states like Maine, Colorado, Vermont, and New Hampshire have expressed an interest in doing this. Alternatively, drug manufacturers themselves may be able to import these drugs at lower prices, and this gives them some flexibility to reduce prices as well.

Darshan: So stay tuned. These four different legs, if you will, will be very, very important as you start looking at patient centricity as an overall concept. Should be interesting.

Narrator: This is the DarshanTalks Podcast. Regulatory guy, irregular podcast with host Darshan Kulkarni. You can find the show on Twitter @darshantalks, or the show’s website at darshantalks.com. 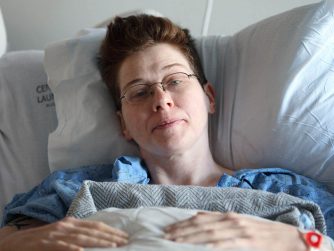 COVID-19’s Impact on Patient Centricity: an Interview with Deborah Collyar

How has COVID-19 had an impact on patient centricity? Join Darshan Kulkarni and the mother of patient advocacy in research, Deborah...

How might patient centricity progress in 2020, and what does this mean for your company? In this episode, Darshan Kulkarni talks about the...

The 3 Types of Patient Experts