When is off-label marketing permitted, and when does it become a problem? Join FDA regulatory attorney Darshan Kulkarni as he talks about the legal uses of off-label marketing, and the consequences of going against FDA regulations. We’ll also discuss the FDA’s response to the pandemic in this episode.

Narrator: This is the Darshan Talks Podcast. Before this week's podcast, Is Off-Label Marketing by a Pharma Company a Bad Thing?, Darshan will introduce this episode with the recap for the week of Thursday, June 11th, 2020.

Darshan: As the stock market might tell you, we're starting to come out of what would normally be thought of as the depths of COVID. We're now starting to see regulatory agencies take the position that crisis, while it's still upon us, the balance has shifted from availability to making sure that products are actually safe and effective. The FTC just sent out 16 multilevel marketing companies a warning letter about coronavirus and essentially saying that they're making unsubstantiated claims. Apple has decided to start sharing COVID screening data with the CDC, which raises some privacy concerns, obviously. But, it's kind of interesting to start thinking about it. 3M sued an Amazon seller over fake N95 masks. Customs officers seized 10,000 coronavirus face masks in Philadelphia.

So, what we're really seeing is this trend of, okay, we know that we now have to live with COVID, how do we make sure that the products that are out there are safe and effective? What has also happened is that, we're starting to see the FDA start taking learnings from the pandemic, essentially. And Dr. Stephen Hahn, the head of the FDA, the FDA commissioner, has suggested that lessons learned during the pandemic will lead to permanent improvements at the FDA in process and policies. So they're starting to work with non-traditional manufacturers to increase the national stockpile of ventilators and personal protective equipment. And upwards of 100 emergency use authorizations were issued for the evaluation of new tests, devices, and potential therapies. In the same way, in the case of a public health emergency, the risk/benefit decisions were not as robust as usual, which meant that new data was incorporated, and the FDA is now revisiting some of those decisions to protect consumers from inaccurate tests.

Obviously, he remains sure that the FDA has measured up. I'm not sure I necessarily saw that when I was looking and talking to people. There seems to be a very high level of false positives, and potentially a bunch of false negatives as well. But we'll find out as the analysis starts happening.

The FDA also has expressed a general interest in allowing decentralized clinical trials. And they're talking about using more telemedicine for clinical trial participants. The question is, will this translate over into opioid and narcotic tests, which have had complications with telemedicine?

So if you are looking at what that means, state tuned. Obviously, the FDA is still looking at what they found so far. The FDA also started doing some of their own analysis for fiscal year 2019, and they identified that there was an 8.6% decrease in the number of drug manufacturing sites. So it went down from 4,676 in 2018, to 4,273, despite 382 new sites being added. And that was allegedly because of manufacturers that had no application products such as over the counter drugs and homeopathic products.

There was also a drop of inspections and compliance, and the investigators performed 1,258 drug quality surveillance inspections in 2019, from the 1,346 in 2018. So again, the question is, what's going on there from a manufacturing viewpoint? They did say that based on 10 point inspection score, the overall average for inspections in fiscal year 2019 was 7.4, with the average scores for the U.S. being higher than the rest of the world at 7.7-7.6. On the other hand, China had a score 7.0. And India and Latin America had scores of 6.8. Which really speaks to the level of quality that these countries need to start developing on.

Looking at inspection findings, they said that just three categories accounted for 58% of all observations, which was number one, records and reports. So again, remember the FDA always comes back and says, if you didn't write it, it didn't happen. Well, their findings bear this out. In 23.9% of the cases, this was a problem. Lab controls. And then finally equipment. Lab of controls was 19.3%, and equipment of 14.8%.

The next two categories were observations or organization and personnel, which was 13.6%. which only goes to your training processes [inaudible 00:05:43]. And production and process controls, which should go to your SOPs, which will be 12.4%.

So stay tuned, this could be really interesting as we continue. Manufacturers obviously need to start thinking what this actually means and how they want to handle these things. If you have any more questions about what this means for your manufacturing facility or what has corona really done and where are we going with this, feel free to reach out. You can reach me @FDALawyers on Twitter. You might also be able to reach me using my email address [email protected] Or [email protected] If you think that I missed something, feel free to leave a comment on Twitter. Otherwise please subscribe or hit the like button.

Narrator: This is the Darshan Talks Podcast. Regulatory guy, irregular podcast, with host Darshan Kulkarni. You can find the show on Twitter @DarshanTalks, or the show's website at darshantalks.com.

Darshan: The recent COVID crisis talks about the problems around not having enough drugs to treat diseases. People seem to believe that this is unusual. There are tons and tons of diseases that don't have approved drugs that are used to treat them. What we do in those situations, is we adapt other drugs because of an individual physician's own clinical experience, or because of clinical practice guidelines. Or because of just other information that they have. And they say, "You know what? We know that this product has not been approved by the FDA for this indication. However, there's tons of evidence suggesting that it works." In those specific indications, off-label use is not only legal, it's practically mandatory. And you see this very, very often in cases like cancer, where there are fewer studies. People are often in their last hopes, and the last thing you want to be doing is doing clinical exams. Always, you want to be treating these patients if you can.

So by itself, off-label use is not necessarily a bad thing. You see it in antibiotics almost every five minutes across the world. There'll be approved for one thing, but you understand what their general spectrum is and where they tend to penetrate, and you'll go, "You know what? As long as you're in this area, I'm going to use this product."

Off-label marketing becomes slightly problematic, because that would be a pharmaceutical company taking products that don't have enough evidence and promoting them for another use. And companies used to pay multibillion dollars in fines for doing it inappropriately. That has slowly shifted over time, because it turns out that even those companies were doing it off of tons of evidence, and the FDA was going and finding those companies. But there was tons of evidence behind them and courts have actually shut down the FDA for trying ... not what I say shut down, I don't mean actually close the FDA. But I mean, have told the FDA that they are exceeding their mandate by going after these companies. So there has been a ratcheting down of off-label marketing and compliance enforcement. That's not to say that it doesn't happen at all. If you don't have enough evidence, the FDA will still target you.

It's that combination of who should have the evidence to provide for off-label uses. So if I'm a doctor and I have questions, can I ask a pharmaceutical company, "Do you have any evidence to support this if I have a potential patient who needs this?" In those cases, if it's in response to a question, a pharmaceutical company can absolutely provide that information, but can't be through sales person, it has to be through medical affairs. And that's where it starts getting more and more complicated.

So the big question is, is off-label marketing bad? Off-label marketing is bad, in my opinion, if there's not enough evidence to support the use that you are recommending. To me, it's not about the source, it's about the evidence. And it's not about who said it, but what they said and was there enough to back up what they said? If a doctor says it to a doctor, we don't consider it to be bad. Because we think that they don't have any reason to lie. If a pharmaceutical company says it to a doctor, we think that they do have a reason to lie, so it must be bad. And I would question both those suppositions because, if you are a medical doctor speaking to another medical doctor, we don't know, right? We don't know why you're saying it. You may or may not have enough evidence, maybe your own personal bias.

On the other hand, a pharmaceutical company saying it, and they have tons of evidence behind them. And they can provide that evidence so that you as the clinician, you as the physician, can choose to prescribe, well then in that case, maybe that's okay. However, it's important to still look at the evidence with suspect. And I think that in general, that should be the rule. It's trust, but verify. You can give me the information, but if you don't have enough information to back it up, well that's a problem.

So my takeaway on, is off-label marketing bad, comes down to, can you prove it? Or as most lawyers say, it depends.

Narrator: This is the Darshan Talks Podcast. Regulatory guy, irregular podcast, with host Darshan Kulkarni. You can find the show on Twitter @DarshanTalks, or the show's website at darshantalks.com. 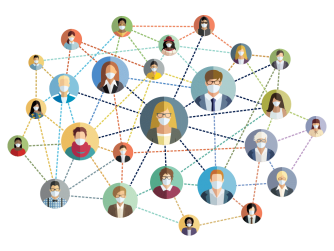 Off-Label Promotion Is Not Going Away

Is Off-Label Marketing by a Pharma Company a Bad Thing?
×