The FDA recently went after VIVUS, a pharmaceutical company, for making false health claims about its product.  Inappropriate drug promotions can pose serious issues for pharmaceutical companies that go beyond superficial penalties–companies can face multibillion dollar fines as a consequence of making false claims about their products.  The way in which the FDA has been handling such cases has been mostly corrective, rather than preventative, in nature. In cases like VIVUS, the FDA has gone after the company for its misleading advertising claims, while not fully addressing the root cause of why the inappropriate promotions occurred in the first place.

The FDA Cracks Down on False Claims

The FDA took decisive action in one of its enforcement letters earlier this week against VIVUS for inappropriately marketing Qysmia, its struggling obesity drug.  VIVUS falsely advertised Qysmia on its website as being a drug that would “help you lose weight three times faster than diet and exercise,” as well as making other misleading claims.  In discussing some of the false claims put forth by VIVUS, the FDA stated that the company was guilty of creating “false or misleading risk presentation” as well as “for omitting the ‘material information’ that Qsymia is approved only as an add-on to diet and exercise.”

The Dangers of Inappropriate Promotions

This action taken against VIVUS sheds light on some of the deeper consequences that companies face regarding inappropriate promotions.  Although ad agencies sometimes frame enforcement letters as being proof of creativity and boundary-pushing, this line of thinking can prove dangerous for the pharmaceutical companies they represent.  As a result of inappropriate promotions, companies often come under closer scrutiny by the Department of Justice, and if they are found to be guilty, they are at risk of facing multibillion dollar penalties.

Addressing the Root Cause

When considering the efficacy of the FDA’s action against VIVUS, it is worthwhile to consider whether or not the FDA has addressed the issue of false claims in a preventative way.  Although the FDA said that VIVUS should immediately cease violating the Food Drugs and Cosmetics Act, in addition to asking for a list from VIVUS containing all of the promotion materials that were in violation, there were few measures taken to stop misleading claims from occurring in the first place.  This necessitates that companies take a closer look at if there was a breakdown in the system, or a lack of a medical legal regulatory review system, or perhaps insufficient training for marketing people. All of these involve addressing the root cause before it is too late, and before the company in question is at risk of facing penalties for its actions.

Responding to an FDA Inspection: What Can the FDA Do

How can you ensure readiness and compliance for FDA inspections? It is important for companies to investigate who the FDA targets, and how... 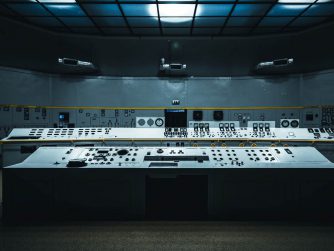 Responding to an FDA Inspection: Preparing a War Room

How to Communicate Effectively with the FDA

Opening up lines of communication with the FDA can often be intimidating for companies, and the process does not seem straightforward...