Promotional Review Committees (PRCs) serve an important role for pharmaceutical companies. How can PRCs help ensure compliance for promotional materials? Join Darshan Kulkarni as he talks about how your company should review its promotional materials. Plus, the dangers of making fraudulent claims in advertising.

Darshan: Hey everyone. Welcome to another episode of DarshanTalks. We have a really, really exciting conversation for you. Today what we're going to talk about, is the idea of PRC review or Promotional Regulatory Committee review, which sometimes is also called the MLR or the LMR, which is the Legal Medical Regulatory review. The Kulkarni Law firm provides services reviewing these types of promotional pieces. So what are some issues that have popped up in 2019 that are different, or worth mentioning as you go into 2020?

Narrator: This is the DarshanTalks Podcast, Regulatory Guy, Irregular Podcast, with host Darshan Kulkarni. You can find the show on Twitter @DarshanTalks, or the show's website at darshantalks.com

Darshan: The number one issue, lay summaries. If you are engaged in any type of clinical research, the EMA has put out certain requirements saying that you need to put up plain language summaries, so that patients can understand this information. However, that's more for the EMA. The moment you do that in the US, that would be considered potentially promotional. Is that information being... And a lot of companies are saying, "You know what? What do we want to do is we want to have a global standard that reviews these pieces." So plain language summaries. Are they being reviewed in your company? What rules are they being reviewed as? Scientific discussion may not be subject to PRC review. On the other hand, medical stuff, doesn't necessarily always go through PRC review. However, if it's patient-facing, maybe it does. What are your rules around this information?

Darshan: Number two, patient groups. Everyone's been talking about using patient groups and patient advocacy, and that's great. However, there have been several instances where patient groups are getting prosecuted. It's often because these patient groups, end up being four methods in which copays for these companies, copays towards these products, are being paid for. Copays are used as a system by the government to ensure that moneys are appropriately being used towards the cost of drugs. However, these patient advocacy groups often come out and pay the copay, and the result of that is, allegedly, that drugs are being inappropriately prescribed. At least three different companies have agreed to pay a total of $122.6 million to resolve claims that they violated the False Claims Act by illegally paying the Medicare or Civilian Health and Medical Program copays for their own products. And, Jazz and Lundbeck each entered five-year corporate integrity agreements with the OIG as part of the respect of settlements. So, stay tuned. Just because it's a patient group doesn't mean you're home free. You need to make sure it's being reviewed appropriately.

Darshan: Then the next question we'll look at is social media. And when we talk about social media, we're really talking about the Amarin vs... The Amarin case. And essentially what had was, Amarin accused DSM Pharmavite and Nordic Naturals of importing dietary supplements, and making claims. And essentially, their argument was that these are new drugs that have not received approval from the FDA. They went to the ITC and they said that you need to launch an investigation, because the FDCA, the Food, Drug, and Cosmetics Act, bars private enforcement, the ITC tossed the claim in 2017. The Federal Circuit held that the ITC can refuse to probe allegations. So, Amarin's claims are based on alleged violation of the Food, Drug, and Cosmetics Act, which only the government can enforce and the Appeals Court actually agree with that. The Supreme Court declined to review the Lower Court's judgment, essentially letting the ITCs decision stand, and let alone the Appeals Court decision stand as well.

Darshan: The next thing to look at is this idea of how are you engaging with physicians? Are they using speakers, speakers bureaus? Are you using other methods in which you are talking to these doctors? What seems to have come under increased scrutiny over time, is this idea of paying physicians in different ways, and essentially providing a kickback. If you were involved in kickbacks, you were being potentially prosecuted. Insys was one of the companies that that got caught doing this and has problems. So, if you are serving on a PRC or MLR board, stay aware, make sure you're looking into this.

Darshan: And then I would say that the fifth piece that came out in 2019 that is interesting, is Outcome Health. And what Outcome Health did was it installed screens and doctor's offices and waiting rooms, and the idea was that they will be able to promote products for companies. The company gained widespread attention in 2017 when it secured funding, and grew to a valuation of about $5.5 billion. However, the allegation was the former executives ran a massive fraud scheme, that brought in almost $500 million in financing, $110 million loan, and a $375 million loan amounting to a total of about a billion dollars. And these were all based on fraudulent claims.

Darshan: Allegedly Outcome Health employees misled advertisers with inflated data, and the investigation kept...It's still ongoing in many ways, but this was considered to be a billion dollar fraud scheme. One of the executives, [inaudible 00:05:27], I'm not sure, he happens to be a 26-year-old, entered the first guilty plea. The company also falsify financial figures, and one of the examples they highlighted was where Outcome calculated an ad campaign that generated more than $1.7 million in new revenue, but the data showed that the actual amount that the company made was only $81,600.

Darshan: So that's hugely problematic. This was another one of these issues where again, if you're using vendors, you need to be able to A, look at their data, make sure that this data is not being inappropriately put forth. Trust the data. How do you trust it? And again, this should all be included in your PRC review as you continue.

Darshan: Stay tuned, listen in. We should have more information for you. This was just your top five issues that may affect PRC review, that effective PRC review in 2019, and may affect it in 2020.

Narrator: This is the DarshanTalks Podcast, Regulatory guy, Irregular Podcast, with host Darshan Kulkarni. You can find the show on Twitter at @DarshanTalks or the show's website at darshantalks.com. 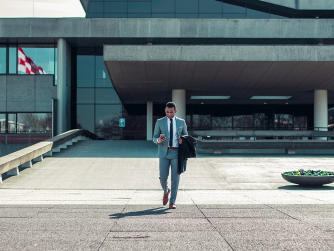 Consultant Lawyer or Going In-House: An Interview With Kenneth White

Are you thinking about going in-house as an attorney? Join Darshan Kulkarni as he talks with healthcare lawyer Kenneth White about the...

Before launching a life science business, make sure that you are fully prepared. Join FDA regulatory attorney Darshan Kulkarni as he...

Promotional Compliance and Lab Testing with COVID-19: An Interview with Stephanie Noblit and Dale Cook

Due to COVID-19, laboratory workers are either being overworked or are being furloughed. Why has the pandemic affected laboratories in this...